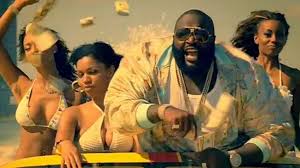 Rick Ross the star rapper of the best selling albums Hood Billionaire and Mastermind decided to give up a few things since changing to his healthier lifestyle.

Cutting Back on Soda

Soda is filled with sugar so swap the soda for diet brands or cut them out completely for no sugar drinks if possible.

Working on a busy recording schedule and working long hours often led to eating large meals late at night even as late as 2am. Regulating the  time that you eat large meals so that your body has time to burn off the calories is a must, so keep large meal times to morning, midday or as early evening as possible.

Taking up CrossFit or Some Exercise

Exercising more is the best way to increase the fat burn but often can be an issue for busy schedules. Ross took up CrossFit so that he could limit the time spent on exercise to 20 minutes a day. CrossFit is a great high intensity cardio workout which is good for both endurance and also simultaneously builds muscle.

This is an easy one but often overlooked. Drink more water and drink it often. Many people confuse thirst with hunger so keep hydrated and drinking before meals helps you feel fuller sooner. Ross also cut back on the regular alcohol and volumes of this choosing water in the day for hydration.

This is a good point as Ross maintains he did not cut out his favorite treats but keeps them regulated so that he doesn’t feel like he’s missing out on anything. He is now eating more fruit within his diet.

The real success of Rick Ross weight loss diet is apparent on how much weight he was able to lose but also importantly he was able to maintain the weight loss which is a great sign that the diet is easy to manage so people do not feel the need to dump it and go back to their old habits.  Importantly though Rick Ross weight loss diet has been adopted by a number of his celebrity colleagues with great success. so that is the best sign of success that others feel that they can emulate it. Give it  a try yourself and leave us some feedback.